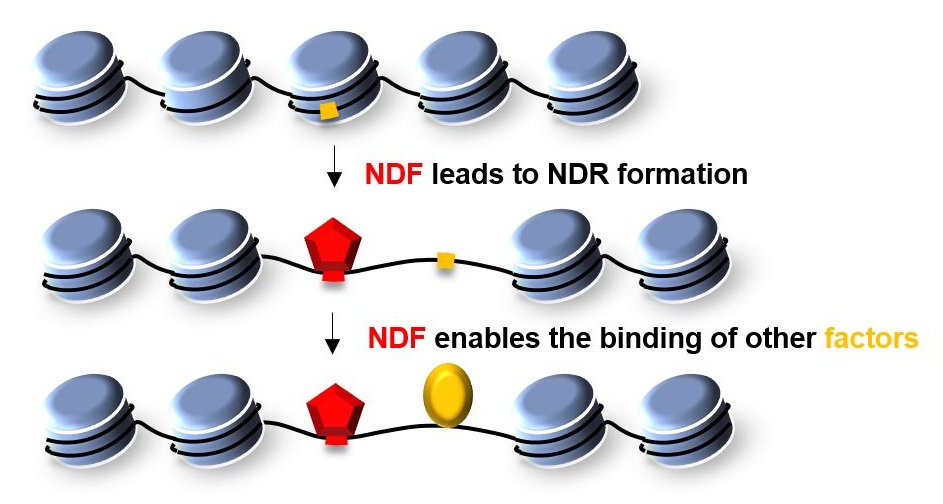 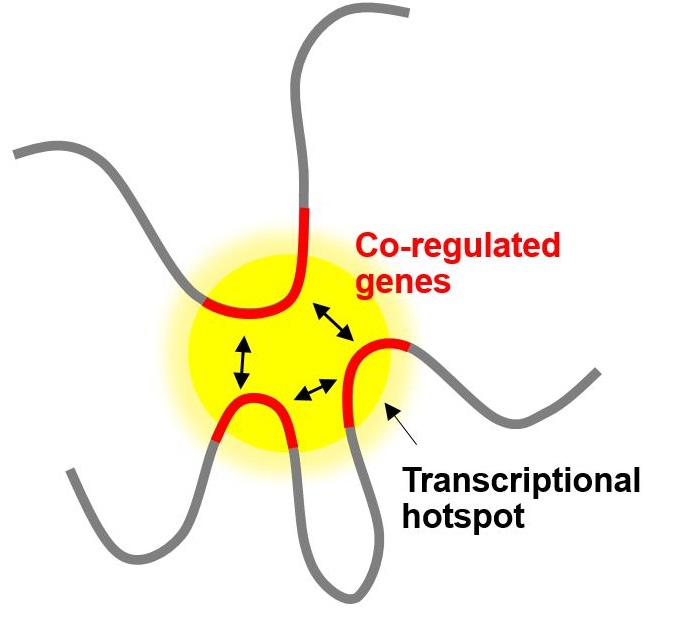 Extensive long-distance chromosomal interactions have been discovered in budding yeast, but to what extent these interactions affect gene expression is not clear. We conducted two studies indicating that clustering of co-regulated genes in yeast can lead to enhanced gene expression. In the first case, we show that a wt GAL1 promoter can interact with a mutant GAL1 promoter at the allelic location in diploid yeast and accelerate its activation. In the second case, we show that a subset of Met4-targeted genes in the genome cluster together, and genes in the cluster gain higher activity. These results challenge widely held views of gene regulation in yeast and further our understanding of how the 3D organization of the genome contribute to gene regulation in eukaryotes. 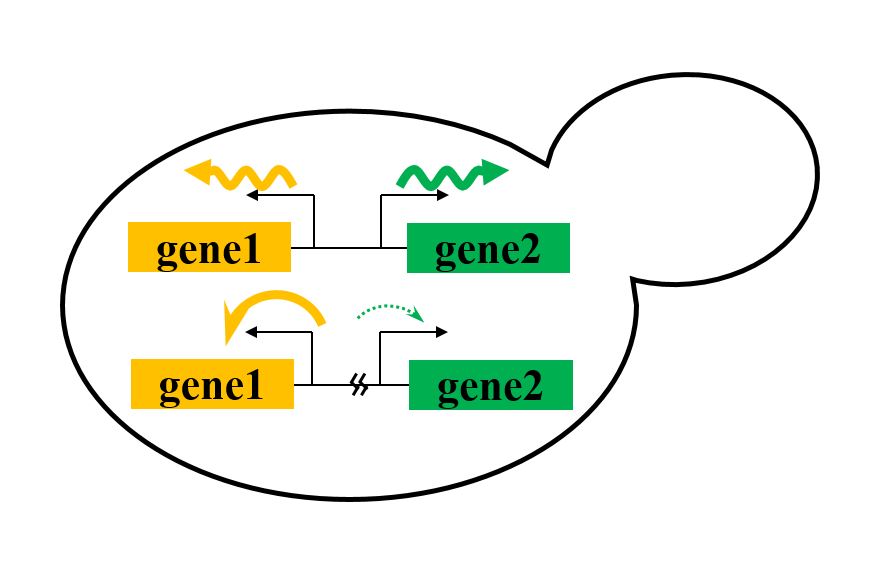 Divergent gene pairs (DGPs) are abundant in eukaryotic genomes. In yeast, about 50% of the whole genome is organized in DGPs. Despite the fact that the two genes in a DGP are very close together and potentially share the same cis regulatory elements, most DGPs in the yeast genome are not co-regulated. We investigated how the two genes in a DGP can be “decoupled” in their regulation. Our bioinformatics analyses showed that co- versus differential regulation cannot be explained by several genetic features, including the promoter length, binding site orientation, TATA elements, nucleosome distribution, or presence of non-coding RNAs. Instead, for a differentially regulated DGP, PFK26-MOB1, we found that the decoupling is mainly achieved through two DNA-binding factors, Tbf1 and Mcm1. Similar to “enhancer-blocking insulators” in higher eukaryotes, these factors shield the proximal promoter from the action of more distant transcription regulators. Interestingly, this blockage mechanism is not 100% robust – the regulatory signal of PFK26 can occasionally “leak” to MOB1, increasing the cell-to-cell variability (noise) of MOB1 expression.